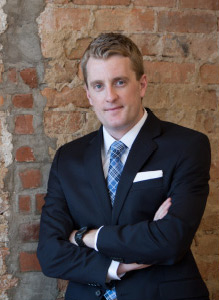 University of Kentucky
Bachelor of Science, 2005

A lifelong Northern Kentucky resident, Jeff Fichner graduated from the University of Kentucky in 2005. Following undergrad, Jeff attended Northern Kentucky University’s Salmon P. Chase College of Law and graduated in 2008. He was hired during law school by the Honorable Joy A. Moore of the Kentucky Court of Appeals to serve as her law clerk and assist in the drafting of appellate decisions. Jeff also externed for United States District Court Judge David L. Bunning his final year of law school.

After being admitted to the practice law in Ohio and Kentucky, Jeff accepted a position as an Assistant Commonwealth’s Attorney in Boone and Gallatin County prosecuting felony crimes. Working for Commonwealth’s Attorney Linda Tally Smith, Jeff was involved in the prosecution of crimes including murder, sexual and physical crimes against adults and children, theft related offenses, vehicular homicide, assault, felony and misdemeanor drug possession, trafficking in narcotics and other felony and misdemeanor crimes. Serving as a felony prosecutor, Jeff discovered his passion for the courtroom while handling many jury trials and gaining invaluable litigation experience.

Jeff is a member of Leadership Northern Kentucky’s Class of 2014 and fought to battle the heroin epidemic facing Northern Kentucky. He also worked closely with the Boone County Alliance for Healthy Youth to spread awareness in our schools and community about the heroin crisis facing our region.

Outside the courtroom, Jeff is a huge sports fan and enjoys staying active. His interests include golf, soccer, snowboarding, and spending time with family and friends. Jeff resides in Edgewood, Kentucky with his wife and two sons.